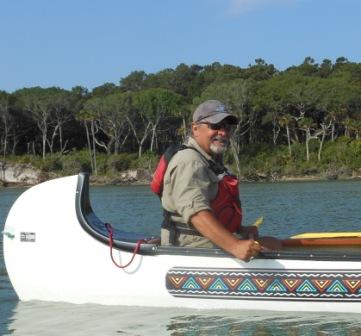 Winding its way over 120-miles from the Okefenokee Swamp to the Atlantic Ocean, the St. Marys River is a scenic and historic treasure enjoyed by tens of thousands of people each year. For centuries, the river has been used for sustenance, commerce and recreation by local residents as well as visitors to this area. The dark, tannin-stained waters of the St. Marys River are nearly pristine and relatively free from commercial impact; but that may not always be the case. Corporate interests, development and even the City of Jacksonville’s growing water needs could all have a harmful impact on the St. Marys River basin and its ecosystems. It is the job of a Riverkeeper to make sure this doesn’t happen – and to protect our right to swimmable, drinkable and fishable water.

The Riverkeeper story began in 1966 when recreational and commercial fishermen formed the Hudson River Fishermen’s Association in an effort to save the river from some of the biggest industrial polluters in the country – and protect the health and livelihood of those who use it. The first Hudson Riverkeeper was hired in 1983 to take a hands-on role in monitoring the river and leading a citizen-based movement to enforce environmental laws. The success of the Hudson Riverkeeper program encouraged dozens of similar grassroots movements all over the world. The Waterkeeper Alliance was founded in 1999 to support these organizations and now has over 275 Waterkeepers in 34 countries– watching over rivers, lakes and coastal waterways on six different continents.

Although the nearby St. Johns and Altamaha Rivers both have highly visible and active Riverkeeper programs, the St. Marys River has never had a Riverkeeper. Most of the land along the St. Marys is either privately owned or very difficult-to-access swamp and marsh land. Thus far, there’s never been any industry along the St. Marys River and commercial activity has largely been limited to fishing and tourism-related activities like kayaking and canoeing. Changing times, however, have brought new threats to an ancient river and necessitate heightened awareness at the very least. In 2015, local guide and naturalist Rick Frey began working on a proposal that would ultimately be approved and accepted by The Waterkeeper Alliance – creating the St. Marys Riverkeeper and naming Rick as its first guardian.